Since becoming Vice President, Joe Biden has had to extend a series of political apologies for various gaffes throughout his tenure.

Were there signs that the proud and charismatic man would be required to make so very many mea culpas while in office? 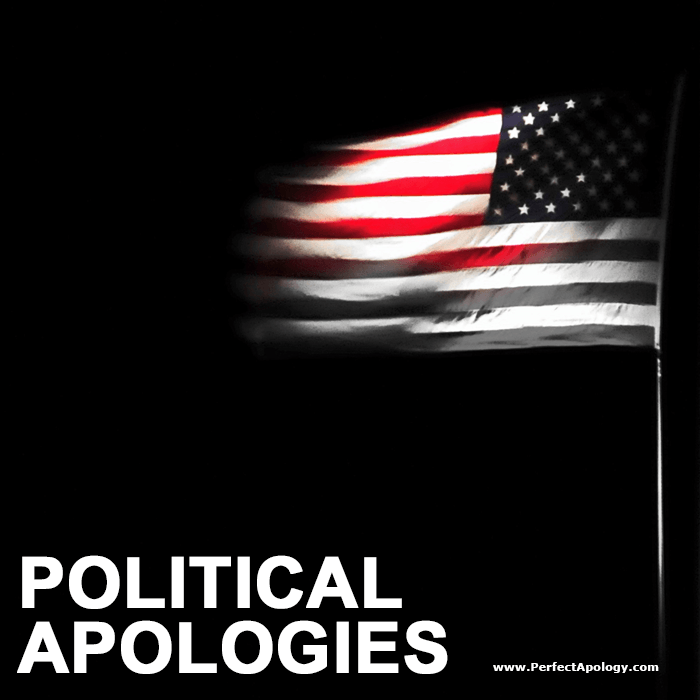 Let's take a look back at when, then Senator Biden, in an interview with the New York Observer, made the following comment about Democratic Senator (and 2008 Presidential candidate) Barack Obama,

... you got the first mainstream African-American who is articulate and bright and clean and a nice-looking guy. I mean that's a storybook, man.

Interestingly, most of the coverage regarding the matter failed to bring up Biden's prior racial gaffe in a comment about the Indian-American community—"You cannot go to a 7-Eleven or a Dunkin' Donuts unless you have a slight Indian accent. I'm not joking." But that's another story.

I didn't take Senator Biden's comments personally, but obviously they were historically inaccurate. African American presidential candidates like Jesse Jackson, Shirley Chisholm, Carol Moseley Braun and Al Sharpton gave a voice to many important issues through their campaigns, and no one would call them inarticulate.

In theory, the next step would have been for Senator Obama to extend political apologies to Colin Powell, Condoleezza Rice, and then presidential candidate Alan Keyes for failing to identify so many other clean and articulate African American 'Republicans' as well.

For his part in this political mess Biden appeared on Al Sharpton's syndicated radio show to defend himself,

Al, I wasn't in any way criticizing you or Jesse. I was not making a historical reference. I said what I said, and then there was a comma, and I said, 'and clean,' meaning fresh, new, exciting... The truth of the matter is you're one of the most articulate people in the country.

The saddest part about Biden's groveling and repeated political apologies, however, was that Biden, a senior and very distinguished Senator from Delaware, has one of the most active voting records in the Senate supporting civil rights legislation. He must have surely wondered how this one statement could get him into that kind of trouble with a community he has spent so much time defending.

But that is the nature of American politics today—one misstatement, which ironically was a poorly worded attempt to complement another candidate for the presidency, became more relevant to Biden's presidential hopes than years of solid support for civil rights.

It speak volumes about the health of American democracy. But perhaps there's still hope.

In the last quarter of the Obama Presidency, Vice President Biden is quoted in an article at The New Yorker saying,

For all my skepticism about taking the job, it's been the most worthwhile thing I've ever done in my life...I can die a happy man not being President.The Biden Agenda | Evan Osnos | July 28, 2014

Well it's now 2019 and Joe Biden is once again running for President. American democracy is ailing far beyond what we could've imagined, and in more serious ways.

How we long for the good old days where misstatements were analyzed, discussed and rebutted publicly in a civilized and mature manner.

We are now in a place where the President of the United States actually tweets out policy. His supporters and 'bots' cheer on and retweet while those who oppose his words and actions lambaste him. Both groups amplifying each and every one of the 280 characters they support.

Malicious outside forces push one side or the other to serve what best suits them at any given moment. Inside greed and a desire for power destroys the country from within.

By doing so, both groups target and undermine the very essence of what it is to be American and what America stands for.

Social media then stirs the pot. And so it goes... Tweet and repeat.

Read more on how perfect political apologies are anything but...