In order to really appreciate or understand the crucial role perfect apologies can play in our daily lives it helps to understand the differences between the mistakes we make and the apologies we deliver as a result—some actions we regret, while others we are truly sorry for. 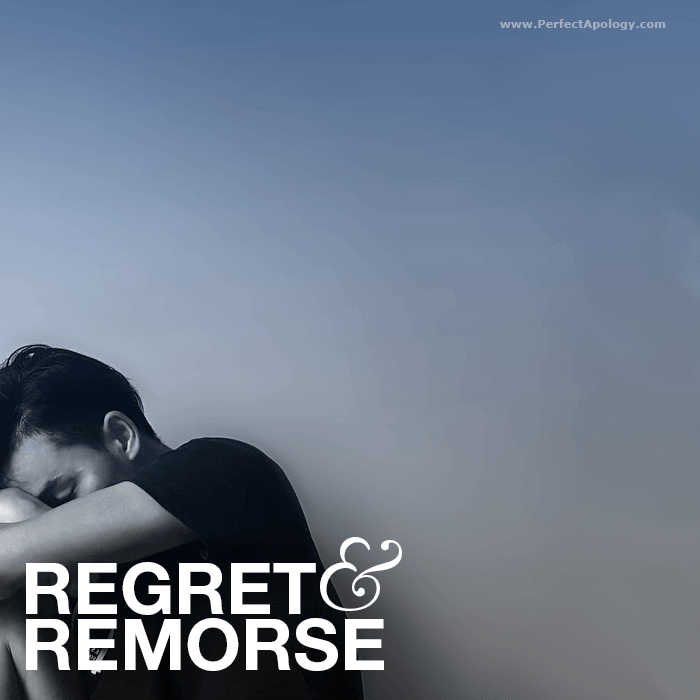 We'll begin here by describing important differences between mistakes and actions that elicit feelings of regret and those that expose stronger feelings of remorse. Perfect apologies should be tailored to address one or the other type of mistake, in most cases.

Regret is a rational, intelligent and, on occasion, emotional reaction to some unexpected, unintended and often costly consequence of some event or action.

We usually regret the consequences of relatively minor mistakes or errors and, given the option of revisiting the decision, would probably decide to do something else.

However, we also express regrets for the consequences of events over which we have very little control, or for actions that are intentionally taken for perfectly rational reasons but nevertheless produce unintended consequences—an apology from an airline to its passengers for canceling a flight; an apology from a mechanic for charging much more than a customer expected for unforeseen repairs; an apology for having to fire someone because of poor job performance or incompetence; etc...

Companies often express regrets for the harm caused by their decision despite the fact that a similar decision would be taken in the future for the same reasons.

For example, airlines often apologize for canceling flights because of poor weather but would do the same thing under similar circumstances in the future. Decisions can be right even if the consequences for the customer are costly.

In fact most business apologies take the form of addressing the consequences of one or another unavoidable yet regrettable event.

Regrets are typically amoral—there is no right or wrong associated with the actions; it's the consequences that matter (Miller 2005:83)1. In most of these cases the expression of regret through an apology is really secondary.

Remorse, on the other hand, takes on a bitter, deeper form that elicits much stronger personal and emotional reactions to personal guilt, societal shame, humiliation, resentment and often anger.

While regret is amoral and concerned with good versus bad consequences, remorse has more to do with right versus wrong actions 2.

Feelings of remorse are often caused by actions that constitute serious and painful errors of judgment and often draws out powerful compulsions to fix the mistake(s) through personal change and sacrifice.

Learn about remorse and self-forgiveness.

Or, review our selection of regret quotes and our collections of quotes on remorse. and forgiveness.