An Apology Letter For A Mistake

Writing an apology letter for a mistake made is simply the right thing to do, especially in business. 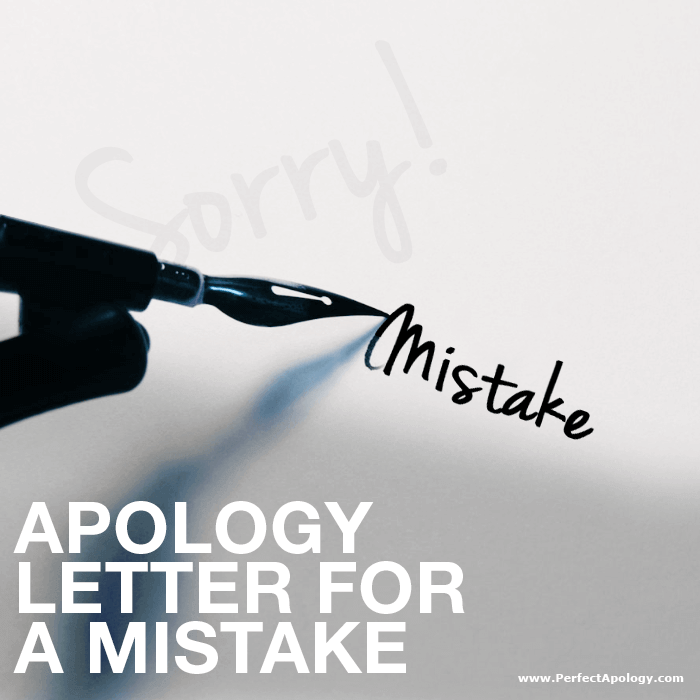 Whether the infraction was intentional or not, acknowledging your error and apologizing for it shows the recipient that you can be trusted even if the mistake made suggested otherwise.

Some mistakes are more serious than others, some even have financial repercussions, but taking the time to craft a sincere apology letter will help in making things right again, and improve your chances of being forgiven.

Take for example, medical apologies, where a mistake or error can have extremely serious consequences. Research has shown that doctors aren't typically sued for malpractice because they made a mistake, they're sued because they shirk responsibility, fail to apologize and/or refuse to offer fair compensation.

An apology letter for a mistake, like in the sample below, is simply a means of acknowledging that an error was made, that it was your fault, and that you are honorable enough to apologize for it.


The 'Notes' at left and 'Tips' included in the right column should allow you to customize this sample apology letter for a mistake or error made, to your own situation.

Learn how the perfect customer apology letter can do more than just make things right again, it can also deliver a more loyal customer—and isn't that what we all want in the end?